The group of Dr. Anja Lux is interested in effector mechanisms of B cell depleting antibodies and Fc receptor dependent activation of immune cells. 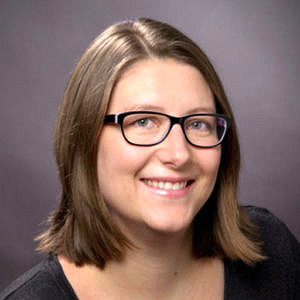 Therapeutic monoclonal antibodies (mAbs) directed against the CD20 surface marker of B cells e.g. Rituximab or Ofatumumab are widely used to treat malignant as well as inflammatory disorders in humans as they cause efficient depletion of CD20 expressing B cell populations. The effector mechanisms underlying CD20 mAb activity are discussed to involve the mononuclear phagocytic cells, NK cells or the complement system. However, CD20 mAb activity has predominantly been studied in mouse models or in vitro and the effector mechanisms in humans in vivo are still unclear.

One focus of our research is to fill this gap in knowledge by studying CD20 mAb induced B cell depletion in human immune system mice. These so-called humanized mice are characterized by the long-term presence of a wide spectrum of human hematopoietic cells including developmental precursor populations and therefore allow for analysis of human immunoglobulin G (IgG) in a human immune system in vivo. We thereby aim to identify immune effector cells involved in B cell depletion and characterize potential organ niches with reduced mAb activity (Figure 1).

Fig. 1. Humanized mice are generated by transplantation of immunodeficient mice with human hematopoietic stem cells isolated from umbilical cord blood (A). B cell depletion is induced by treatment with CD20-specific mAbs to determine mAb activity for B cell subpopulations in different organs as well as identify effector mechanisms of B cell depletion (B). 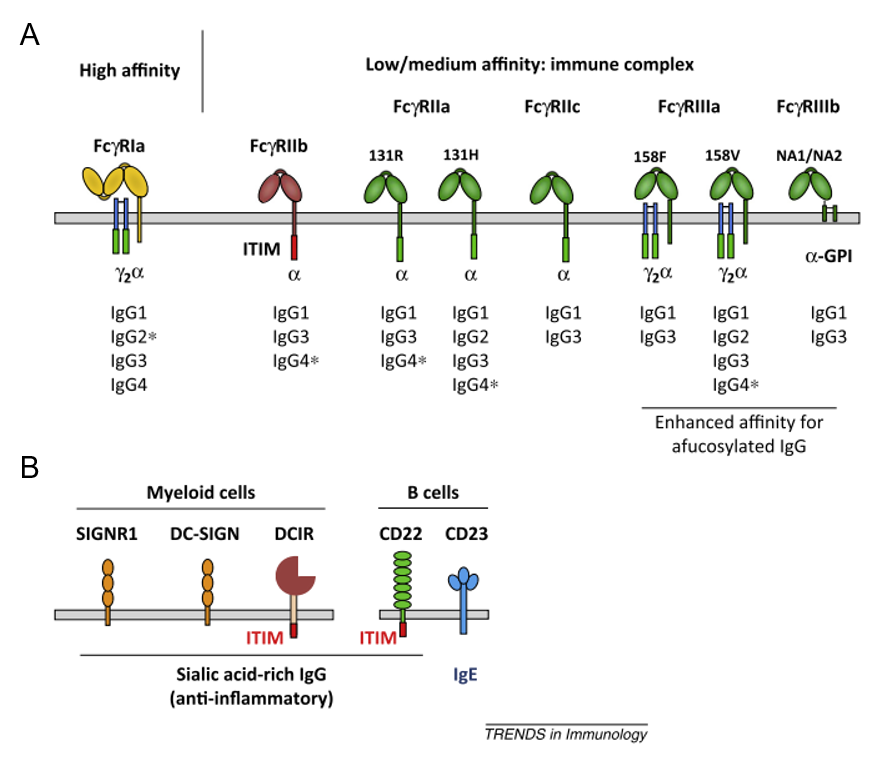 Figure 2. Overview of human type I (A) and type II (B) Fc receptors. FcRs differ in their affinity for IgG subclasses, their capacity to induce intracellular signaling upon ligand binding and expression profile on immune cell subsets. Figure adapted from Nimmerjahn F, Gordan S and Lux A, Trends in Immunology, 2015.

Most types of human immune cells express IgG binding Fc receptors (FcγR). By interacting with IgG, these FcγR are crucially involved in bridging innate and adaptive immune responses. FcγR come, however, in different flavours: They can initiate or dampen immune cell activation and they might be able to interact with monomeric IgG (high-affine CD64) or only with IgG in larger antibody-antigen immune complexes (low to medium affine CD32 and CD16). Most importantly, many immune cell subsets co-express different kinds of FcγRs to various degrees and the situation becomes even more complex due to the presence of so-called type II Fc receptors only recently recognized to interact with IgG.

To date, the individual contribution of FcR on different immune cell types and a potential cell-type specific receptor activity are largely unknown. Therefore, we currently study IgG immune complex binding to FcR and its effects on immune cell function with a focus on the role of immune complex size, IgG subclass and glycosylation and FcγR polymorphisms. Given that FcR are transmembrane- or membrane-anchored surface receptors, we further investigate if immune cell type specific plasma membrane environments affect FcR function.

The primary function of innate and adaptive immune cells is to protect us from invading pathogens. However, the same mechanisms involved in protective immune responses are also responsible for the pathogenesis of autoimmune diseases if the careful balance of immune cell activation and inhibition is disturbed. Surprisingly, the causative immune dysregulation may precede clinical manifestation of disease in humans by many years while the reasons for this phenomenon are still unknown. In a mouse model of inflammatory arthritis, we are currently investigating changes in innate immune cell function and their contribution to the switch from asymptomatic to symptomatic disease.

Research of the Lux group is funded in the context of the following projects: